Marco? Polo! | Mission to the Moon!

Marco? Polo! has received the following awards and nominations. Way to go!

Marco Polo is a project created with the purpose of collecting new data for the next generations of lunar probes and possible human establishments, focusing on the resources that the environment on the moon surface can provide us. 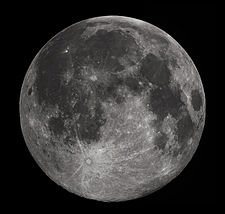 Earth is the only place we know so far which supports life, and it is only possible because of its unique environmental conditions. Two of the main resources necessary are an atmosphere and water. Although it is possible to create a pressurized cabin and recycle oxygen so humans can survive and breathe this air, it is much harder to recycle water in space. For that reason, it is essential to know whether there is a source of water in case of a human extraterrestrial exploration establishment.

Every process needs energy to be achieved. The main source of energy in the solar system that is certain that can be used is solar energy. However, solar energy is not available during night, so particularly on the moon, where nights last fifteen days, it is necessary to find an alternative source of energy.

On the moon, there is no own magnetosphere, so solar wind reaches its surface easily. When reaching regolith, it is believed that some particles remain there. One of them is ­­3He (Helium three), a stable helium isotope which can be used in fusion reactions creating as much as 165 megawatt-hours per gram of 3He. Although there is still research to be done on the matter of fusion reactions, it is important to know if the amounts of this isotope are considerable for a future mission there, as well as if it is possible to bring it as fuel to Earth.

When someone hears about current lunar projects, it is common to ask “Can humankind live there?”. There is much research done on colonizing the moon, but we don't know enough about essential resources as water and energy there, and the viability of them.

To solve this problem, it is necessary to expand our knowledge of the environment on the moon, and the resources we can find there.

Development of the project

The project plan consists on launching a lunar satellite which would orbit the moon in a polar orbit, mapping its surface and properties such as soil moisture, if any, concentration of 3He, minerals and the topography of the terrain. This would be achieved with the technology of past lunar probes from different agencies, developing the same sensors with present-day technology, and particularly taking advantage of the technology used in the SAOCOM 1a manufactured by Argentina to orbit the Earth, but to be applied on a moon satellite.

Clearly, the satellite would be transmitting constantly this data to Earth stations from a communication antenna. It would also need a propulsion system for its manoeuvres.

The satellite sensors are meant to describe the surface characteristics as explained in the mission plan. The sensors are based on those used by the Indian probe Chandrayaan 1, the Chinese probe Chang-E 1, and the Argentinean satellite SAOCOM 1a.

For mapping the moon topography, the probe will use two different sensors, a CMOS camera for a high-resolution map of the surface of the moon, and a laser rangefinder which would send pulses of infrared laser light towards the lunar surface and detect the reflected portion of that light.

However, the distinguishing factor is that our satellite could map all of the moon's surface thanks to its polar orbit, meanwhile the Chang-E could only map part of it.

Since the satellite is designed for mapping all of the surface, the ideal orbit would be polar, in order to overfly every point of it, thanks to the moon rotation. For achieving this class of orbit, it would be necessary to perform a series of manoeuvres. Initially, the satellite must be put in a polar orbit around Earth. After, the probe would be put in a geostationary transfer orbit, and in a sequence of fuel burns, the orbit will be increased until reaching an apogee similar to the apogee of the moon. Then, when passing nearby the moon, the vehicle would need to decrease its speed in order to be inserted into moon orbit. Once inserted, a new sequence of burns would reduce the orbit until the desired distance to the surface.

However, once in polar orbit, the orbit would not be stable, and it will be necessary to incorporate a low-thrust control system consisting of an engine and around one ton of fuel, so it could be correcting the orbit, using the algorithm developed by Missouri University of Science and Technology (see sources), for maintaining it for up to 2 years. A possibility to continue research after the 2 years would be to insert the satellite into a more stable orbit so it could continue monitoring other areas of the moon.

All sensors can be powered by solar energy and batteries, which can be charged during sun hours. The satellite orbit is calculated to be completed in less than three hours, so the time in dark can be powered alone with batteries.

As commented before, it would be necessary to carry enough fuel to be inserted into lunar orbit and to maintain that orbit. It is estimated to use one ton for getting to the moon and one ton for maintaining the orbit.

Because of the satellite polar orbit, the probe would be able to map the whole moon and monitor the concentration of minerals, water and helium 3 for a prolonged time, providing enough information to evaluate the best locations for future landings.

This new data of the helium 3 can be used, with cooperation of the NASA satellites ARTEMIS, to gather valuable information for a better understanding of the solar flux and the possibility of the helium 3 as a powerful source of energy.

This would be the first time ever a satellite maps helium 3 in all lunar surface, as well as the first lunar satellite to incorporate the SAOCOM technology. Combined with all its sensors, it is an integral and unique project that could bring valuable information from the moon, as Marco Polo did the same bringing information from Asia to Europe some centuries ago.