We designed a local homepage to show the distribution of ice sheets and sea ice in Arctic region over the recent decade. 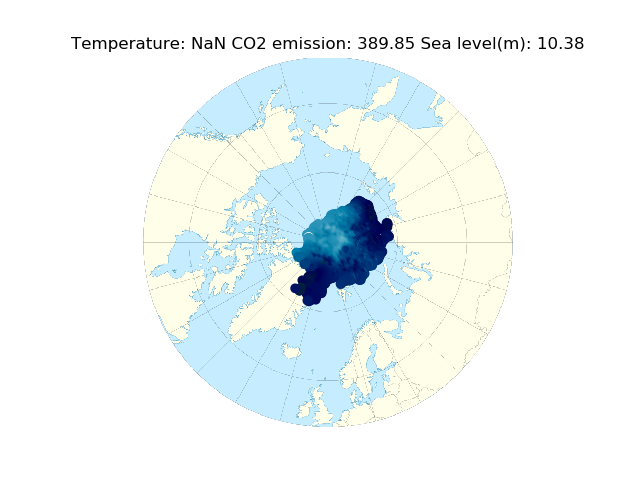 Within the two-day frame, we designed a local homepage to show the distribution of ice sheets and sea ice in Arctic region over the recent decade.

We are a group of undergraduate, master and PhD students at the University of Waterloo majoring in Computer Science, Software Engineering, Electrical and Computer Engineering and Physics. We dedicatedly divided the tasks and collaborated well with each other to make the project work successfully and efficiently.

In this project, we obtained data on the position of ice sheets and sea ice (in the form of latitude and longitude) of each sea ice piece. We also extracted data on their thickness and calculated their shape therefrom. Then, we analyzed the data and built up a visualization tool to show the daily spatial changes in Arctic poles within the recent decade.

In terms of the programming language, we used HTML and Javascript to build up the front end and python as well as C++ to analyze and visualize the data.

The data were obtained from the following websites: