Niflheim has received the following awards and nominations. Way to go!

Imagine an experience in which children can see those effects and understand real data of the polar caps unfreezing. 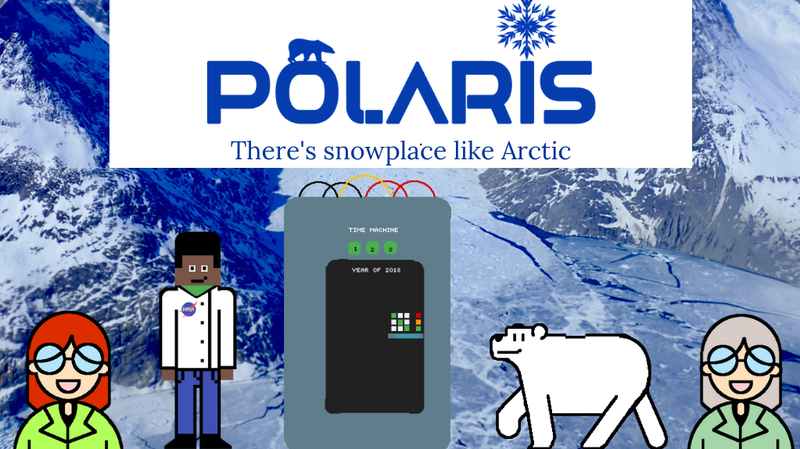 The reduction of the cryosphere has been accelerating since the 1990’s, many scientists believe that the Artic might have icefree summers already this century. Pictures and reports show that the climate changes may continue, and might even stabilize due to the reduction of green house gases emitions.

Now imagine a time travel to the Artic and seeing closely the global warming consequences and its progression in different times. Imagine na experience in which children can see those effects and understand real data of the polar caps unfreezing.

Polaris – the name is inspired by the brightest star of the Artic sky, thus used by navigators as a guide. It’s a game with the mission of bringing the users closer to the reality of de global warming effects. Using images of the Artic in na exploration environment, also using graphics of the caps unfreezing, sea level and temperature, Polaris brings the ludic games world and reality together. Games also potentialize cognitive funtios in development, promoting logical reasoning. Such tools can inspire children to get closer to researches and science, thus the game is dedicated to child-juvenile education, starting at 10 years old.

It is an imertion in the 2018 Artic for exploration, besides Dr. Dorothy – researcher and visually impaired woman. The main character is represented by african-american former astronaut Guion Bluford Jr. and his mission is to auxliate Dorothy to find the time capsules that contain the Artic area climate changes data, compiling with the data from the presente days, that way being able to make climate predictions and help children to save the the future of the planet. With that in mind, Buford travels through the timeline, using a time machine. In each year the player travels to, there is a different mission to acquire the data. The user experiences different missions e throughout the game begins to understand the climate variations of the planet, learning about how to bo a transformer agent.

During the game’s conception the team made use of the STEAM methodology, in which the objective is the total integration between Science, Technologies, Engineering, Arts ans Mathmatics during the learning process. For creating the codes for the game, the team used programing techniques in C# and its development in two dimentions was made with the software Unity. Data about unfreezing, sea level temperature and Artic sea level variations were used, interpreted and analysed to elaborate the game, and soon, those will be interpolated for compilating and making predictions of the future of the Artic. There was also used a MID keyboard - avaliable at the school where the NASA Apps Challenge Campos dos Gostacazes took place – to elaborate the game’s soundtrack.

The team plans to develop, in a close future, a start up that produces educational able games in the STEAM area. We are all engineering students from Universidade Federal Fluminense, work in the child-juvenile education area and believethat a good qualitybasic education guarantees a better and more sustainable future. The next steps of the Project are to be able to remodelate the game, according to the satellites updates – which happen every 3 or every 5 hours – that way, it is possible to have online updates of the missions, as well as using the vibration of the controllers for motoring estimulation and surrounding sound system to give directions to visually impaired players.