Otter Space has received the following awards and nominations. Way to go!

Martian Health is a wearable device that contains sensors to measure radiation levels, oxygen levels, temperature and blood pressure. It will be able to alert you if these levels become unsafe and will send your coordinates to the nearest shelter in Mars. 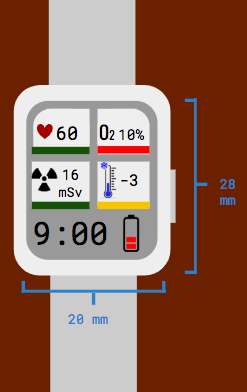 Watch your health with Martian Health!