OmniLink | Make Sense Out of Mars

OmniLink has received the following awards and nominations. Way to go!

OmniLink : Expanding the frontiers of space with the mind as the ultimate tool .

Bridging the gap between the crew members and the overwhelming conditions on Mars. By integrating BCIs into the way humans interact with their tools, through an AR enhanced feedback loop, therefore making sense out of an unpredictable environment. 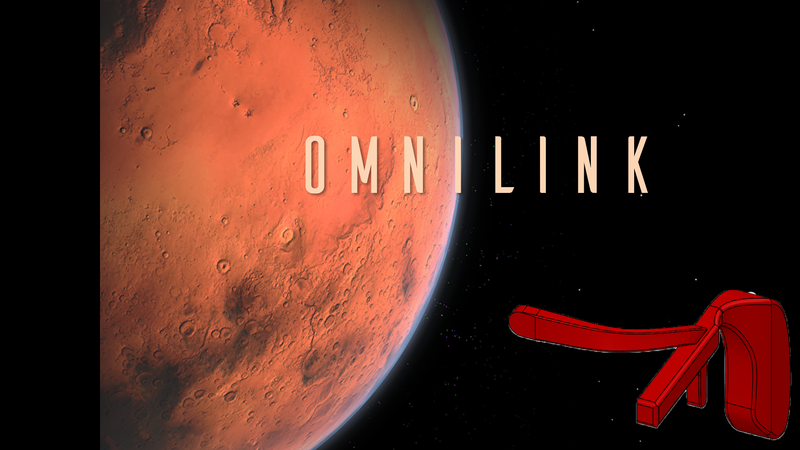 In the process of establishing the first steps of life on mars, humanity faces a diverse set of obstacles.

From facing an inhospitable environment to facilitating the viability of endeavors requires overwhelming workloads. Along with the rigid time scale to be adhered by the individuals on mars, these factors formulate a formidable challenge.

The OmniLink solution consists of a BCI-AR device seamlessly providing a three pronged answer to the issues at hand. Primarily, integrating Brain Computer Interfaces as the underlying structure for the full spectrum of human activities on Mars.

Although this route raises concerns these are addressed by the following foundational parts.

We had initially fabricated a proof of the concept comprised of a Neodymium magnet-based EEG Device (13 Node equivalent) along with AR Coverage for Partial FOV. The electronic architecture and the prototype device was 3D printed and manufactured by the OmniLink team itself(as illustrated in the design of the project image above).

The ground level diagnostics and tests run by the team, utilizing a plethora of devices paired with the OmniLink (ranging from RC Drones to smart devices and research tools) proved it to be an intuitive framework providing a new high-bandwidth channel of communication for man-machine cognitive interaction.

Thus conclusively freeing otherwise occupied mental and physical resources and making them available for future missions. Deploying the OmniLink has in its design not to upset already set protocols, instead it aims to enhance and accelerate them and all the while working in unison with already existing equipment due to its intuitive nature.

Ultimately we have faith that the OmniLink initiative will supply any future endeavors with something indispensable at any setting, so much more on Mars ,that being resourcefulness.