HummingCraft has received the following awards and nominations. Way to go!

Dragonfly is a lightweight craft designed to make the voyage around a spacecraft in order to scan for damages. 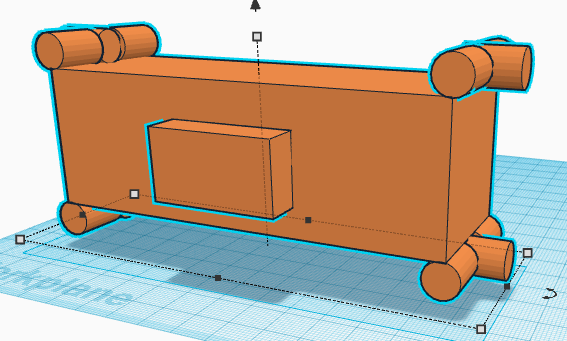 We are working on an autonomous, free flying device to orbit a spacecraft and that uses sensors to inspect for damages.

Our plan is to use a 9 degree of freedom locator to control the propulsion system that is propelled by bursts of nitrogen gas. On the Dragonfly, we will have a LiDAR sensor to scan the ship’s exterior in order to detect anomalies. There will also be an onboard camera that allows further review to guarantee that the anomaly found would be a true threat or if it can be documented as “not important” later implementing for other scans. In order to minimize size and cost, there will be no computing on the dragonfly as it will only add weight. Instead it will transmit data to a computer onboard the ship where all the computing will be done.

The idea is to let the Dragonfly out of the front of the craft, It will use the 9DOF chip to track its location through a predetermined path in relation to the ship. It will be propelled by an ion engine and corrections will be made with a gas propulsion system. The camera and the LiDAR sensor will be on one of the sides. Our code will be used to correct the orientation, path, and velocity of the Dragonfly in order for it to make it’s voyage from the front of the ship, spiraling down to the back. The computer will send the data to the onboard computer.

There will not be much power necessary for the Dragonfly to make its voyage from the front of the ship to the back, for two reasons. The first, is that it won’t have to be moving very fast in order to make sure that the images that it’s taking are quality ones. Lastly, in many cases in the future, some of these ships will be freely rotating on their own for the sake of making artificial gravity. For example the BFR from spacex will be rotating four times every minute. This allows our Dragonfly to take a straight path from front to back, while still taking a helix like path in relativity to the rocket that its scanning.

For “Dragonfly” to make this voyage we are going to need:

9DOF Sensor:
Use: Location detection in relation of the desired path

Use: Assess damage to aircraft.

Use: transmit data and video to the on-board computer to analyze.