Like an eagle hunts for prey, we designed a drone that scans the shuttle using a visual sensor, detecting distance using an ultrasonic sensor, and dimensions of damage using 3d scanning, flying by electromagnetic levitation principle 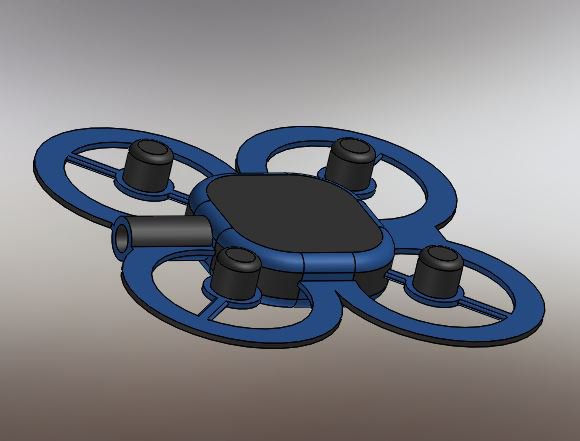 Provided that a shuttle launch costs up to 1.5 billion dollars (2012), and a shuttle crash does not only cost human lives that we cherish the most, but as well up to 4 billion dollars, as it is supposed to be launched up to 100 times. With a look back at what happened in the Columbia Crash and how the Apollo 13 crew were almost lost, we seize to see how large the problem in hand is. Thus, inspired by nature, we decided to scan space shuttles the way an eagle hunts for prey.

Using a visual sensor to scan the space shuttle, with a storage memory up to 512GB; an accuracy of 1080p; equipped with night vision which will eliminate any problems caused by light and shadows; need for only 5 v; controlled by an arduino nano; a weight of 20gm; length, height, and width of 0.9inches; and increasing the accuracy of the scan by decreasing the distance between the drone and the space shuttle.

The source of energy used in actual application will be solar cells and batteries (lithium ion), for a higher efficiency and a longer lifetime.

To determine the flight plan optimization for reliable results, we took in consideration the following:

The determined destination, some destinations have more macro impacts than others.

Length of the trip, flight length ranges from10 days to 6 months, we suggest scanning on a daily basis to avoid the deterioration of the shuttle's surface in case of any possible damage. A scheduled mandatory scan will be done each 3 days or every 20% of the time interval, regardless of the length of the flight.

The placement of the drone will be in the shuttle during launching and landing, and will only be released to scan or charge.

Based on the aforementioned information, we concluded that the distance between the shuttle and the drone is 11.2cm, the distance could be increased by changing the current intensity.

for the laws we used and inputs that we stabilized, visit the following link: