ETgravity | Invent Your Own Challenge

Manipulation of the trajectory of satelites by using induced magnetic fields from coils of dimensions within the error limits of the position of the satelite relative to the ground control. 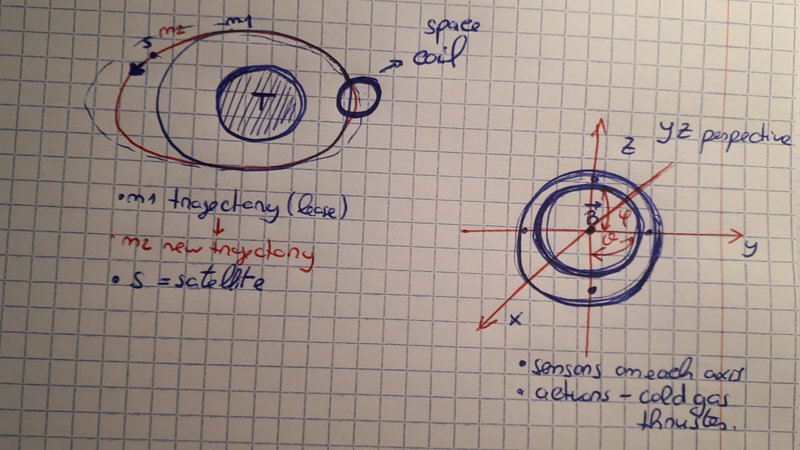 The problems faced with this project:

Explanation: When a satelite enters the coil, it would receive an eletromagnetic impulse from the inductance, resulting into a changing trajectory even so slightly.

The coil would have actuators and sensors, so it could rotate around itself for the different incoming trajectories of satellites.

Now we can imagine a track made in space, only directed with these coils. This idea could result into a space revolution where satellites and aerospacial missions could be done without any fuel (theoretically)!