Autorobot | Invent Your Own Challenge

We formed a team of 4 members from various colleges and universities, and our goal is to create an autonomous robot buggy using sensors to measure distances and avoid objects to prevent collisions.

We used a H-bridge circuit which is incorporated into a circuit board created by SparkFun called Ardumoto to control the directions of the motors using DC voltage. It works by switching the MOSFETs in the circuit to alternate the direction of the motors.

Once we had the buggy moving forwards and backwards, we implemented an ultrasonic sensor to sense what is in front of the buggy and once the buggy was close enough to the object, it will turn to avoid colliding with the object. We then added two more ultrasonic sensors on each side of the buggy to sense how close it is to objects besides it. If the buggy is too close to one of the objects on the side, it should move in the direction the opposite the object that it is closes to.

The diagram on the next page shows how the ultrasonic sensors we used work. Fundamentally, you have a transmitter that sends out an ultrasonic signal and then the receiver receives the signal when it bounces off an object.

We are hoping to replace the ultrasonic sensors for LiDAR sensors because the benefits of using LiDARs are: it can generate a large amount of data over a bigger radius than the ultrasonic sensors, LiDARs can generate a 3D mapping of the area as well and it is not affected by extreme weather which makes it suitable for use in terms of mapping terrains. The main disadvantages are it cannot sense depth of water and the large datasets generated are difficult analyse which means it will take a while for the data to be processed.

In conclusion, within the 2 days of the SpaceApp Hackathon we have created a small buggy with basic sensory function to allow us to visualize our initial concept. We learnt how the ultrasonic sensors operate in certain environments as well as basic motor control. 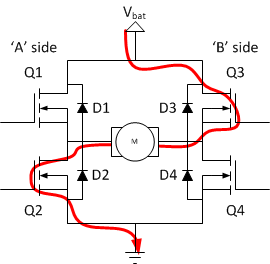