ESPACIO FINAL has received the following awards and nominations. Way to go!

KVN is a autonomous robot capable of locate, report and repair damage created by MMOD (micrometeorites and orbital debris) 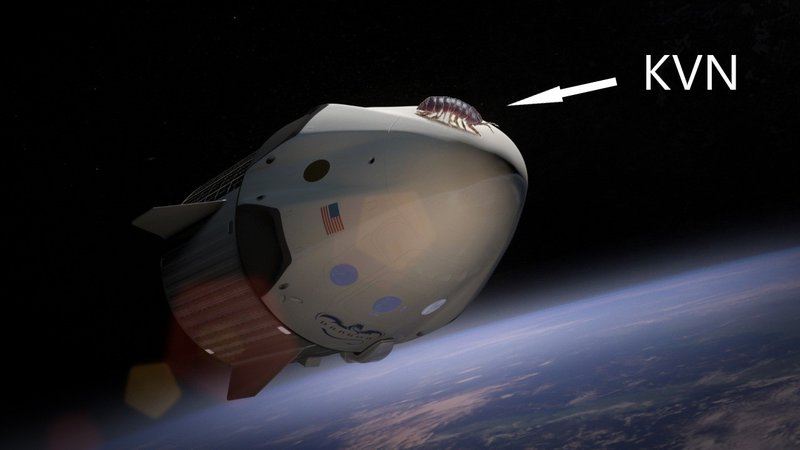 The main objective of the project is to create a self-contained fuselage repair unit that can detect anomalies in the exterior of a satellite in the orbit and repair them Using the tools and materials available in the KVN drones.

Micrometeorites are tiny pieces of rocks.And orbital debris are useless objects in the orbit of earth,consists of remains of explosions,old rockets and satellites,or rocket components.Space trash has become a growing concern,because collisions at orbital speeds can be highly detrimental to the operation of satellites.

KVN is inspired on nature,on diferent mammals,insects and reptiles like geckos, pangolins, centipedes, caterpillars and oniscidea.

Has a form of a "caterpillar" which would move across the fuselage of the satellite,it would be programed to patrol de ship periodically

Once KVN localized a damage,it would procced to collect information like date, spacial location, location on the ship, etc. Collecting this information would be really useful to making a space map of MMOD which could be truly helpful for future mision and space travels.

One of the great challenges that confronted us was the displacement of KVN on the outside of the fuselage. We get inspired by the legs of geckos, which have been of great scientific contribution thanks to their relationship with the Van Der Waals forces.

We don't know where will the next MMOD crush, so we have to be sure to walk around all the satellite/spaceship, to make this happen, we upload a 3D model of the spaceship/satellite to the drone and get lots of coordinates. By algorithms of “path finder” or “Brute force” we can determine the shorter path between points to save battery.

It's time for humanity to have it’s own KVN